I became a Henro in April 2017, on sabbatical from the company I co-founded.

I needed a break to disentangle my identity from what I’d been doing (and feeling quite passionate about) for the past 7 years. I sought to pursue a more rigorous and intentional search for “meaning,” and to explore the spiritual side of myself.

Conveniently, to be a pilgrim is to (quite literally) follow in the footsteps of people searching for meaning. Like any good workout routine, if properly adhered to, even the cynics can’t help but be transformed by the process. You’re learning by osmosis: touching and living the experience of great explorers before you. You’re interacting with people at similar junctures in life, (or more often, people experiencing hardships which downright humble your issues.) You’re mentally, physically, and spiritually vulnerable.

Like many Henro, I had no idea what to expect at first, and throughout most of the pilgrimage, I worried that I was somehow missing the point – that I’d emerge un-transformed. But three lessons emerged in Kagawa prefecture (the final stage) and since my return home: it’s how you spend your days, the obstacle is the way, and the spirit of ossetai.

How you spend your days 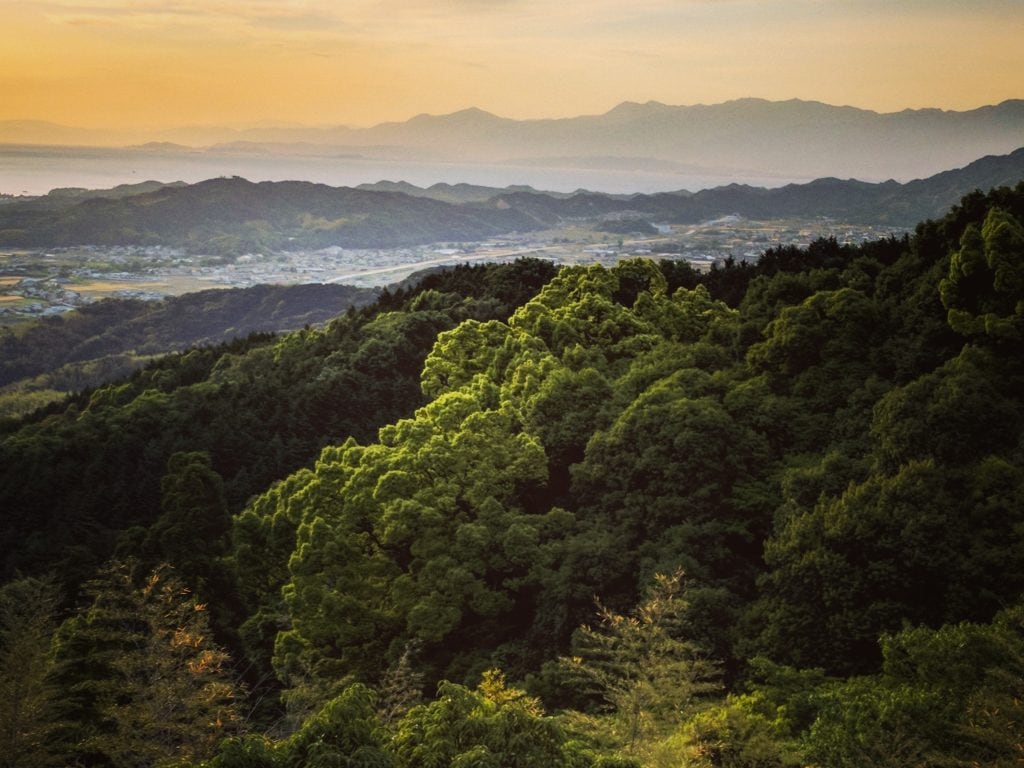 I think back to the time I was sitting on the balcony of Temple 58, Senyuji, listening as a Frenchman whom I’d seen several times along the Henro trail, reflected on his walking style thus far.

“It is definitely inconvenient to attach yourself to another pilgrim,” he began, “as I find myself constantly wishing I were going faster, or stopping in different places, getting up later, or eating differently. But for me, the eccentricities and the detours are part of building compassion for others.”

I nod as I look out across the inland sea of Japan and Imbari City below us.

“I find myself asking,” he continues, “what am I in a rush to finish for? What will I do then?”

I walked Shikoku very quickly, and almost entirely by myself. From what I can tell, everyone starts the pilgrimage in pretty much the exact same way: faced with an unimaginably large task (~1200 km’s) in a mysterious land (even most Japanese haven’t been to Shikoku), with a map book in hand. The only option is to begin, and figure everything out as you go.

From there, each Henro begins to make a set of daily decisions, about how far they will walk, how much they’ll spend on lodging, whether they’ll walk alone, and a host of other seemingly small choices that add up to 6 to 8 weeks of their lives. It seems obvious, in retrospect, that these small decisions ultimately become Their Pilgrimage.

But how often does one pause and reflect before the end of a stage of one’s life, as my Senyuji companion’s observations caused me to do? When there’s still time to distinguish your daily actions from the ultimate body of work, the finished product. To see those daily decisions as choices, patterns which can be easily changed. To ask what the differences mean, and what that body of work and the daily choices say about them.

The Obstacle is the Way 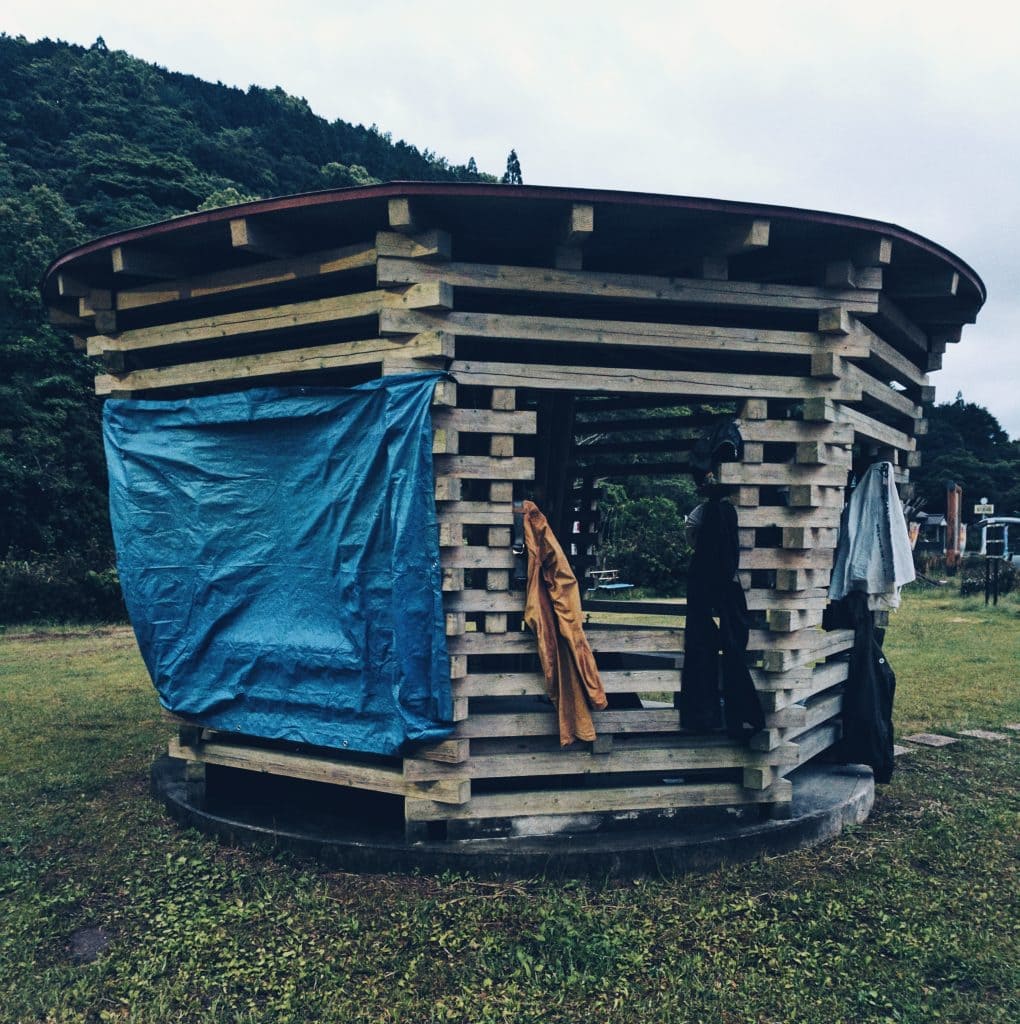 I remember happening upon an octagonal wooden “Henro hut” one night, somewhere between temples 38 and 39. This particular hut has the look, and porousness, of a near-toppled Jenga tower. The huts are sprinkled sporadically along the route, constructed in all different shapes and sizes. All have roofs, some have benches wide enough for sleeping, and the rare hut has clearance for pitching a tent. It’s never clear what you’re going to get until you see it in reality, which makes it mostly impossible to plan in advance where to sleep.

I was soaking wet, having trudged through a 30+km day of rain in hopes of finding a place to sleep with a power outlet and cell service. A confluence of family health issues and a logistical worst-case-scenario with my bank back in the US meant that I had to have a reliable connection and enabling surroundings to make several calls after 10 pm local time. I wolfed down two cold onigiri, (seaweed-wrapped rice triangles,) and started stewing about the inconveniences snatching me out of my pilgrimage experience: Kobo Daishi did not call his mother or make bank transfers. If I couldn’t escape the daily routine, how could I be transformed by Shikoku?

During a break from the rain, I affixed my tarp to one-eighth of the hut to clear a dry spot for my sleeping bag and headed into the Michi-no-eki (roadside rest-stop) area to plug in my phone for the calls. My mother and I spoke for over two hours. There was no emergency, but I could tell in the sound of her voice that she needed me to call more often. Between that call and the bank transfer, I was up well past midnight.

As I crawled into my damp sleeping bag, my mind spun to the sound of a tinny generator whirring in a huddle of luminescent Coke machines next to my hut. I knew I’d be up at sunrise, as the parking lot was full of cars and campers for the night. I realised that, although Kobo Daishi didn’t make bank transfers, he probably also had intrusions from the “real world.” And that which we seek on pilgrimages is not a safe haven from reality, but the ability to view life’s obstacles in the same way as we do on the Henro trail: as an inextricable part of the experience. 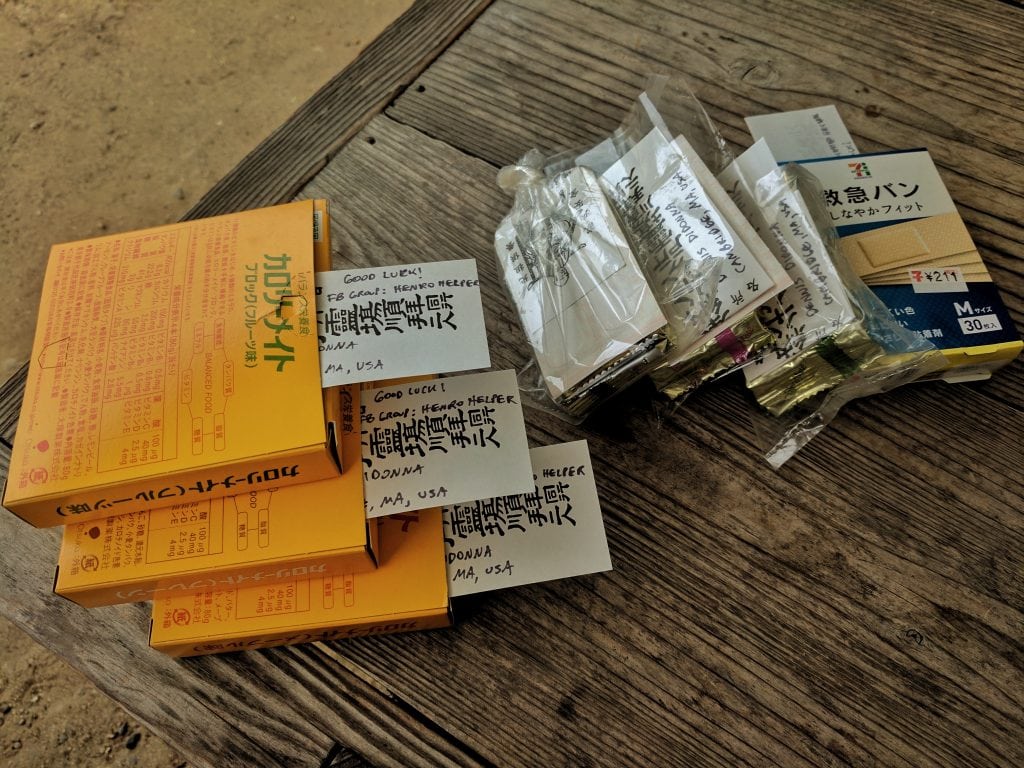 On my first day as a Henro, somewhere between Temples 3 and 5, a Ukrainian named Anna approached me. Her face was tan, and her eyes were blue and alive. She spoke perfect English, and had the permanent and engaging grin of a cult leader.

“Are you just starting out?” she asked.

“Is it that obvious?” I called back. In retrospect, I was likely scurrying about, bumbling the rituals, or aimlessly searching for the stamp office: clearly in my first hours on the trail. But, relieved to meet someone I could pepper with questions, I dismounted my backpack.

“I’m just finishing today; it still hasn’t sunk in that it’s over. You’re starting at a good time. There was still snow on 88 yesterday, but by the time you reach the mountains, it should be much milder.”

She continued: “Just remember that, no matter how hard it feels at any given time, you’ll get through it.”

The message seemed canned, but the advice felt genuine to me, if somewhat ominous.

“Oh, and of course!” She spun around and rummaged through her bag for a few moments. “You’re going to need plenty of these: the closest thing you’ll find to energy bars here. You can find them at some convenience stores and vending machines. It’s crucial to have one or two in your pack for emergencies. You won’t always find dinner.”

“This is my first ossetai – thank you!” I respond. She wishes me well, and I march onto the next Temple, determined to reach Temple 8 before it closes (I won’t), with a cult-follower smile plastered on my face.

Forty-two days later, I set out well before sunrise, reaching Temple 3 before mid-morning. I took Anna’s Calorie Mate idea a step further, purchasing 6 boxes of the bars, and filling each with band-aids for blisters, Henro stickers, and small candies. Protruding from each box was a handwritten osamefuda (name/prayer slips) with my contact details.

I had in mind that I would meet some foreign Henro, and keep up communications, just like Anna had done for me. But the first new Henro I saw was a Japanese retiree. I withheld my gift as I watched him go through the steps at the temple complex. He dropped his incense case, scattering its contents upon the ground. A gentle drizzle started, and he scrambled to the hut where I sat, to wrap his newly purchased stamp book in plastic. Clearly flustered, he sat down and caught my eye. I handed over my care package, stringing together a few terms in embarrassingly basic Japanese. He smiled broadly, bowing in short bursts over the table between us. He had no osamefuda prepared, so he took the time to fill one out for me. A few moments of silence later, he launched up and out into the rain. I gave out all eight of my care packages to other Japanese Henro.

The gratitude and gifts in Shikoku came sporadically enough to be exciting. They were small gifts. Some handmade, some monetary, mostly food. Back home, gifts are usually big undertakings – you set out to purchase a present for a birthday, or you adhere to the dollar value guidelines supplied on wedding registries. Here, gifts are small. Less like packages, and more like postcards. And I’ve since made it an essential part of my day to give gifts, no matter how small, to express gratitude since I returned. Thanks again, Anna!

Life as a Henro is, of course, not real life. But I found that it provides an accelerated and compacted set of experiential lessons. Pilgrimages have always been more about the physical, spiritual, and mental ascetic training along the way than about the destination. They subject you to an alternative, raw experience of the world whose effects are real and all-encompassing, while at the same time completely voluntary. I can only hope its lessons will continue to reveal themselves, with each footstep a dependable, lingering reminder.